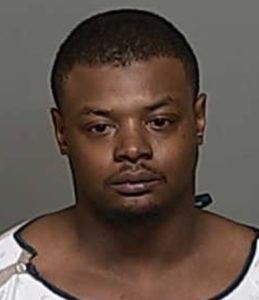 A 33-year-old Milwaukee man has been charged in connection with Sunday’s shooting in Appleton.

Henry Nellum faces felony counts of Attempted First Degree Intentional Homicide, First Degree Recklessly Endangering Safety, and Possession of a Firearm as a Convicted Felon along with misdemeanor counts of Operating a Firearm While Intoxicated, Bail Jumping, and Disorderly Conduct.

Nellum reportedly got into a fight with Leander Moffitt at Jack’s Apple Pub around 1:40 am.

The 33-year-old says he pulled a gun so he could hand it to someone else and then fight Moffitt.

The gun went off, prompting a police response that ended with Lieutenant Jay Steinke shooting and killing a man named Jimmie Sanders.

Appleton Police Chief Todd Thomas says Steinke saw a man with a gun, fired at the suspect, and killed him.

Neither Steinke nor Sanders are mentioned in the criminal complaint.

Outagamie County District Attorney Carrie Scheneider says “we’re still going through and trying to process the rest of this as quickly as we can, but we want to be as thorough as we can.  We’re working with some other agencies that are outside of my control and the Green Bay Police Department’s control in terms of trying to have things expedited in this as best as we can to get full and complete answers for everybody.”

A preliminary hearing is scheduled for June 30.