You are here: Home / News / Wisconsin Republicans gear up for 2018 challenges 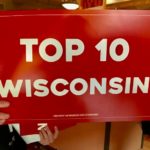 While they were coming off big wins last November, Republicans spent much of their state convention looking ahead to 2018.

Members of the Republican Party of Wisconsin gathered in Wisconsin Dells this past weekend, where several candidates expected to be on ballots in 2018 worked to fire up the base. Governor Scott Walker addressed delegates gathered at Chula Vista Resort early on Saturday morning, to allow him time to attend his son Alex’s graduation from the University of Wisconsin in Madison.

Walker has previously said that he plans to wait until after the state budget is complete, to announce that he’s running for a third term as governor.

“I’m ready, and I hope you are too,” Walker said, adding that he’s asked “just about every day” whether he’s running. “When we have record employment levels in the state of Wisconsin, the better question is why wouldn’t I run for re-election?” Walker still hasn’t announced that he’s running for a third term, but he did announce the that is a much better place to do business than when he took office — in the top ten according to a recent survey.

It doesn’t make sense, to not build that wall. That was the message congressman Glenn Grothman delivered in prerecorded remarks to the delegates. “When you add up the number of illegal immigrants, who are criminals here and the amount spent on our criminal justice system, and when you add up the amount of free benefits that illegals are getting here, it is fiscally irresponsible not to build the wall, and we must stand with our president,” Grothman said. He said not building the southern boarder wall would be “a kick in the teeth” to immigrants who are in the country legally.

The Democrats offer “nothing but negativity,” according to congressman Sean Duffy. “Think back to Act 10. All it was, is protest, and thuggery and negativity,” Duffy said. “And right now, with Donald Trump’s victory, they’ve taken to the streets. They’ve rioted, they’ve burned, they’ve beaten people up.”

Attorney General Brad Schimel called out a potential opponent. Brad Kaul has been responsible for legal actions striking down part of the state’s voter I.D. law. “The guy who’s defending Wisconsin’s law, against the guy who is George Soros’ hand-picked lawyer, to attack Wisconsin’s voter I.D. law,” Schimel said. “It will be a clear choice for voters, if the son of former activist Democrat attorney general Peg Lautenschlager ends up being my opponent next November.”