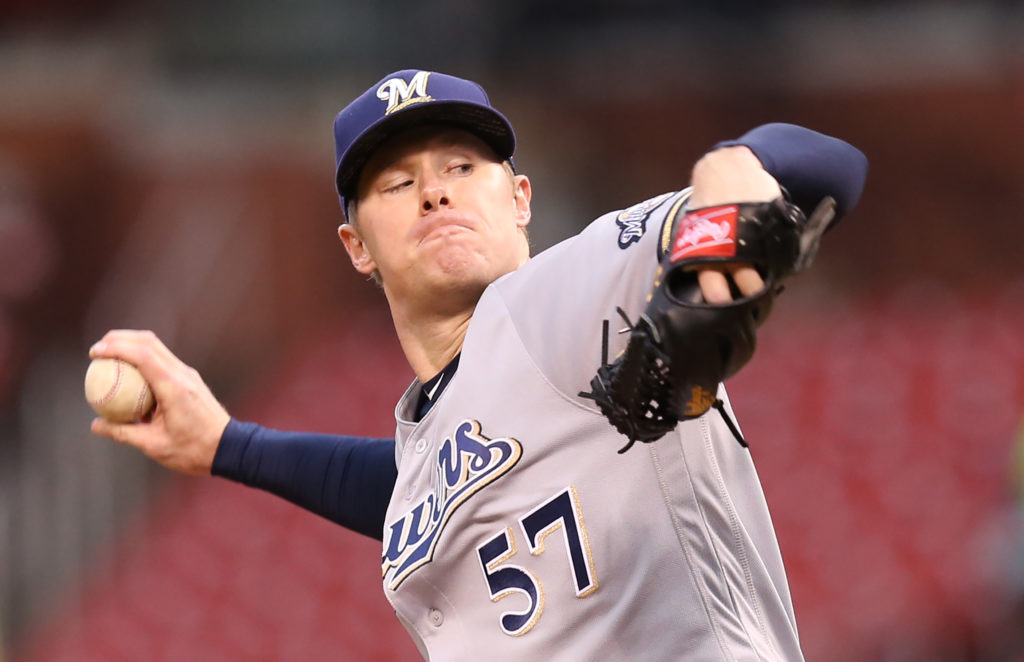 Chase Anderson tossed 7 2/3 scoreless innings to lead the Milwaukee Brewers to a 5-2 victory over the San Francisco Giants at Miller Park.

Anderson has not allowed a run in his last three starts covering 21 2/3 innings.

The Brewers staked Anderson to a lead by posting four in the second inning.  Hernan Perez led off the inning with his seventh home run of the season. Eric Sogard added a bloop double that scored two and Domingo Santana would cap the scoring with a RBI single.

Anderson helped himself in the third with a RBI double scoring Keon Broxton.

The Brewers and Giants play game three of the four game series on Wednesday night.