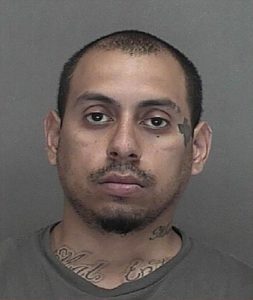 A 30-year-old Brown County man has been booked on charges related to the death of a 16-month-old girl.

Maravilla did not appear in Brown County Court Tuesday and has not been formally charged. He’s being held on a probation hold from a previous incident.

Police say the child was the victim of ‘extreme abuse’ over a significant period of time, which Maravilla reportedly admitted fault.

“We learned that this was not just a one time event and this was repeated acts of abuse this baby was susceptible to,” said Captain Kevin Warych.

Officers were alerted to the death on May 25 after the girl’s mother had taken her to St. Mary’s Hospital. The child was dead when she arrived at the hospital.

The couple’s three other children are in custody of child protective services, and the mother could also face criminal charges.