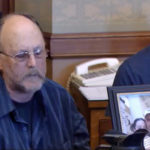 Lawmakers in Madison hope to help combat the latest drug scourge. Representative Joel Kleefisch (R-Oconomowoc) told an Assembly committee on Thursday that modified versions of fentanyl and carfentanil are being used by dealers to cut batches of heroin. Police and prosecutors are unable to press charges because such analogs are not covered by current law.

“The people who are purchasing the heroin have no idea what they’re putting in their bodies, which of often the case with street drugs,” Kleefisch said.

That was the case for 35-year-old Kristy Austin of Appleton, who overdosed at home on Easter Sunday. “This is not a good drug,” said her fiancee, Mark Heimerl. “I just hope that you guys can see what this is doing to families.”

The legislation would more clearly define known analogs and chemical modifications of the deadly opioids.