You are here: Home / Health / Medicine / Discovery of mosquito linked to Zika Virus no cause for concern 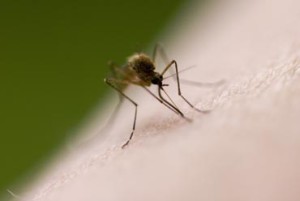 A University of Wisconsin entomologist says the recent discovery of a mosquito in the state that’s capable of transmitting the Zika Virus should not be a cause for concern.

The mosquito was located by officials in Dane County, marking the first time Aedes albopictus, also known as the Asian tiger mosquito, has been seen in the state.

While the species can carry the virus, UW-Madison entomologist PJ Liesch says there’s no sign of it happening in Wisconsin right now. He says this type of mosquito is already widely found across the southern United States, while the only cases of Zika transmission in the U.S. have been in southern Florida and in southern Texas.

Liesch says the mosquito has previously been found in Minnesota over a dozen times. In most cases where it has been located in the Midwest, he says what typically happens is the populations die off when the cold weather sets in.