You are here: Home / Education / Teaching teens about dating violence 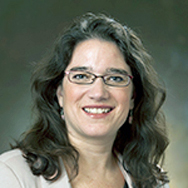 One in three teens in the U.S. is a victim of physical, emotional or verbal abuse from a dating partner. State Representative Melissa Sargent says many of them don’t realize it at the time though, or know what to do about the situation.

“Part of that is because students often times feel that there’s something that isn’t quite right about how they’re being treated, but they aren’t sure what it is to call it…or who they can got to for support,” Sargent says.

The Madison Democrat is co-sponsoring a bill that would require districts to adopt policies aimed at stopping abuse at school functions, educate students about the signs of abuse and how to prevent it, and train staff on how to identify, respond, and report possible cases of teen dating violence. She says it would “help to educate our students on what healthy relationships are, help give them the skills and the resources to identify abuse when they see, as well as to provide those same resources to school district employees.”

The legislation, which is being circulated for co-sponsors, already has bipartisan support.