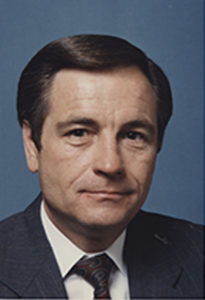 Jerry Kleczka (Photo: Collection of the U.S. House of Representatives)

The Milwaukee County Democratic Party announced the death on Facebook Sunday night, but did not say where or how he died.

The 73-year-old Kleczka represented the Milwaukee area in Congress from 1984 to 2005 in the seat now held by Democrat Gwen Moore. Kleczka also served in the Wisconsin Assembly from 1969-1974 and in the state Senate from 1975-1984.

Democratic Party of Wisconsin Chairwoman Martha Laning called Kleczka “the embodiment of a truly dedicated public servant who is loved and will be missed by so many.”

He focused his time and energy on his community. And for people whose voices are too often ignored, he will always be remembered as a true advocate and dedicated friend,” she said in a statement.

UDPATE: This story was updated to list the correct age of Mr. Kleczka at the time of his death.