You are here: Home / Agriculture / Hemp producers say crop would be good for Wisconsin farmers 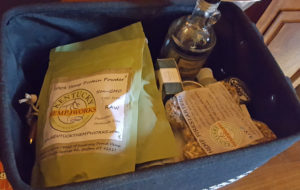 Wisconsin could join a growing list of states that allow farmers to grow industrial hemp.

A state Senate committee heard testimony Tuesday on a bill that would create a state pilot program to allow farmers to grow industrial hemp. Ken Anderson with Legacy Hemp, a company that sells seeds for the plant, said it can be a profitable crop. “Our farmers that do seed production for us are netting over $900 an acre, which is phenomenal.”

More than 30 states already allow farmers to grow industrial hemp, which was authorized under the 2014 federal farm bill. The crop had previously been banned, after it was listed on the same schedule as marijuana.

State Representative Jesse Kremer (R-Kewaskum), a co-sponsor of the bill, responded to concerns that hemp production could be used to cover up marijuana growing operations, since the plants have a similar appearance. He said cross-pollination between the plants would weaken the THC levels in the marijuana and make it largely useless as a drug. “Industrial hemp would cross-pollinate so quickly…that you would no longer have a marijuana crop.”

Industrial hemp has a wide range of uses, ranging from textiles to food. It can also be used as a component in body armor and car parts.