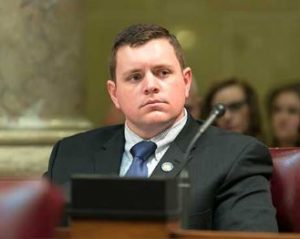 If a consumer finds their personal information has been compromised, putting a freeze on opening new lines of credit in their name is one tool that’s available to them. However, state Senator Patrick Testin says the big three credit monitoring agencies often charge a fee to do that.

“It doesn’t seem to make sense that we would charge people to be in control of their own information and their own data,” argues the Stevens Point Republican.

Testin and a bipartisan group of lawmakers are introducing legislation that would prohibit credit monitoring agencies from charging a fee to consumers who want to place a freeze on their accounts or remove one. While it’s only about $10 dollars, he says that can add up quickly when it’s paid twice to three different firms.

The bill comes in response to a data breach at the credit-monitoring firm Equifax earlier this year, which potentially compromised the personal data of millions of Americans.