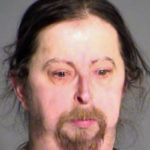 A Fond du Lac man has been charged with homicide after a crash that killed a pedestrian early last Saturday morning in the City of Fond du Lac. Fifty-one-year old Peter R. Anderson is charged with Homicide by Intoxicated Use of a Vehicle for the crash which happened just after 1:30 am Saturday.

According to the criminal complaint, Anderson was driving south on Park Avenue when he hit 54 year old Jeffrey J. Koenigs as he was crossing in the crosswalk at the intersection with east Second Street. Koenigs was struck so hard, he flew above the offending vehicle before landing on the pavement. He died at the scene.

Anderson admitted at the scene that he was driving home from a bar where he had been drinking. He blew a .07 in a preliminary breath test and blood test results are pending from the State Crime Lab. Anderson also has two prior OWI convictions and was driving without a valid license. He is currently being held in the Fond du Lac County Jail on a 10-thousand dollar cash bond. A preliminary hearing in the case is scheduled for November 30th.