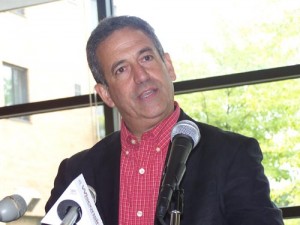 Feingold’s campaign has come under fire for ads targeting one of his Republican opponents, Oshkosh businessman Ron Johnson. The Wisconsin Democrat says the ads are based on comments Johnson has made on the campaign trail.

Johnson’s campaign says Feingold is twisting his words.  The candidate has also said some of the ads are based on mistatements he’s made while adjusting to being on the campaign trail for the first time.

Feingold says everything in the ads is about the issues and Johnson’s objections come from trying change his positions after the fact. Feingold says Johnson is simply going back on unpopular opinions he’s made in public and the ads don’t distort anything.

Johnson is running in the Republican primary against Watertown businessman David Westlake.