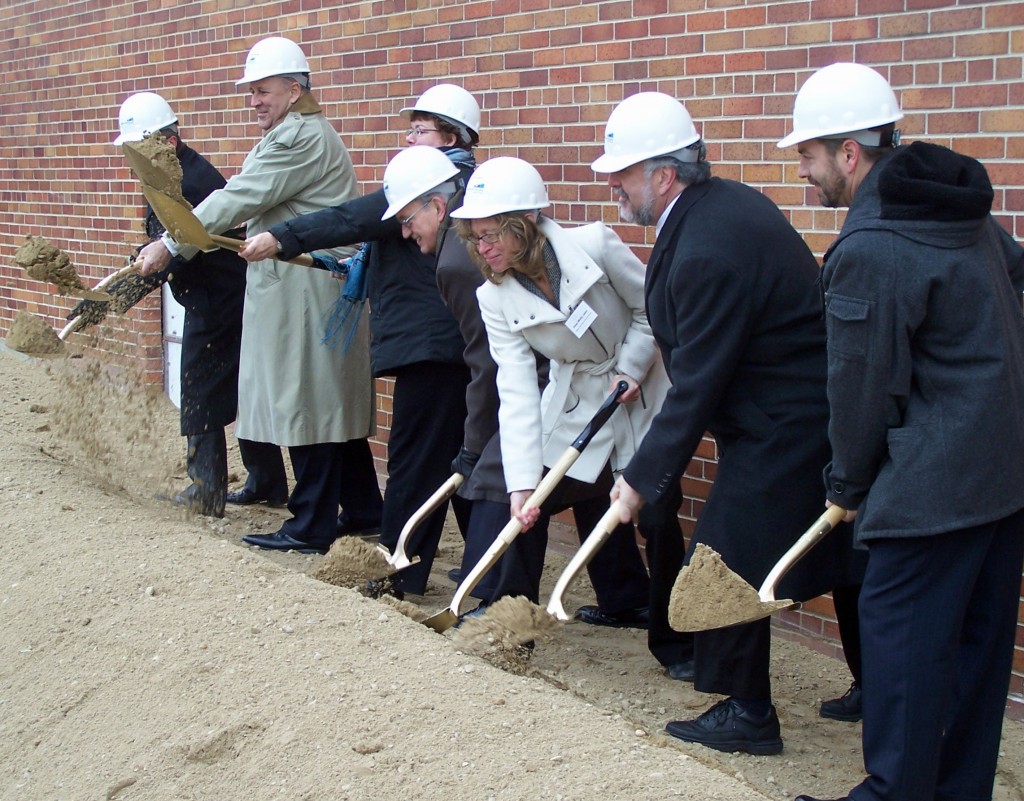 Ground has been broken on an energy research facility on the UW Madison campus. Governor Jim Doyle, who provided $50 million in state funding for the new Wisconsin Energy Institute in his 2009-2011 budget, said the work to be done there can decrease dependence on fuel sources from out of state. “We have no coal, we have no petroleum, we have no natural gas,” said Doyle, adding that the state annually spends about $16 million on those fuel sources. “We have the potential of being the absolute leader in the world in energy research,” Doyle said.

But will the incoming Scott Walker administration, which has already signaled a cool attitude towards converting the UW’s coal fired Charter Street power plant to biomass, see things the same way? “This project’s moving forward,” said Doyle. “It’s going to be a great thing for the university. It’s also really at the heart of a $125 million federal grant, and I would hope they’re not going to turn their back on a $125 million federal grant. UW-Madison received that grant from the U.S. Department of Energy in 2007, to create the Great Lakes Bioenergy Research Center which will be housed in the new building.

The first phase of construction is funded by the $50 million Doyle provided in the budget, along with an additional $4 million in private funding. A second phase will require raising an additional $50 million in private sector money “This building is on it’s way, it’s all been approved,” said Doyle. “I don’t know where the next administration is going to go, but I can’t believe anyone would turn away from this kind of powerful research.”