You are here: Home / Packers / What is holding the Packers’ offense back? 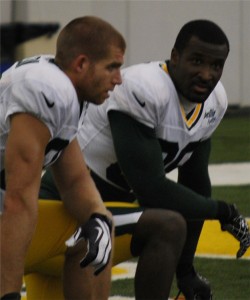 So where is the explosive offense that we expect from the Packers?

According to head coach Mike McCarthy, it is too early to judge the offense, which he says will play better.

Wide receiver James Jones says it all comes down to the little things.

Jones also commented on how teams are anticipating the deep ball, forcing the Packers to look for short passes and rely on the run game.

Another important factor is the opponents that the Packers have played. Week one and two of the 2012 season saw the Packers take on two of the better defenses in the NFC in the San Francisco 49ers and the Chicago Bears.

The Packers look to jump-start their offense against the Seattle Seahawks this Sunday in Seattle.  Mike McCarthy said he’ll have a much better indication of where his teams offense is at after 5 or 6 games.