You are here: Home / Sports / Henson could make his NBA debut Wednesday night 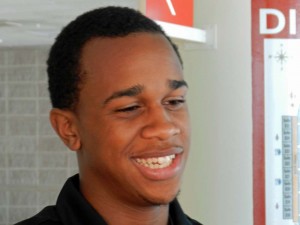 nearly three weeks after he suffered a left knee injury in a preseason game in Chicago.

Bucks guard Brandon Jennings is the NBA’s Eastern Conference Player of the Week, his first such honor since his rookie season.