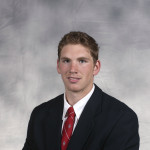 NCAA post season playoffs for an at-large berth.  They made a strong case for themselves on Sunday, beating the Minnesota Gophers 3-2 in the Hockey City Classic at Soldier Field.

Wisconsin is 3-0-0 in outdoor games now, having also won at Camp Randall Stadium and at Lambeau Field previously.

All three Badgers goals came in the second period after Joseph Labate saw his first period goal disallowed because of a high stick.

Badger goalie Joel Rumpel mad 36 saves and held on for the win.

The Badgers next play at home against Penn State next Sunday and Monday nights at the Kohl Center.