You are here: Home / Badgers / Dekker named Big Ten Co-Freshman of the Week 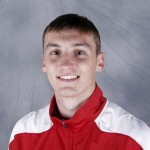 Dekker tied a career-high, scoring 19 points while dishing out four assists in a 77-46 win over Nebraska.  The Sheboygan, Wis., native recorded 14 of his team-high 19 points in the first half while going 4-for-5 (.800) from 3-point range.  He followed that up with a 10-point three-rebound outing against Purdue on Sunday, which included a 4-for-8 (.500) effort from the field.

Dekker, who has garnered the conference’s rookie of the week honor twice this season, is the only Wisconsin freshman to earn the award since the Big Ten debuted the honor in 2010-11.

Dekker shares the honor this week with Indiana’s Yogi Ferrell.