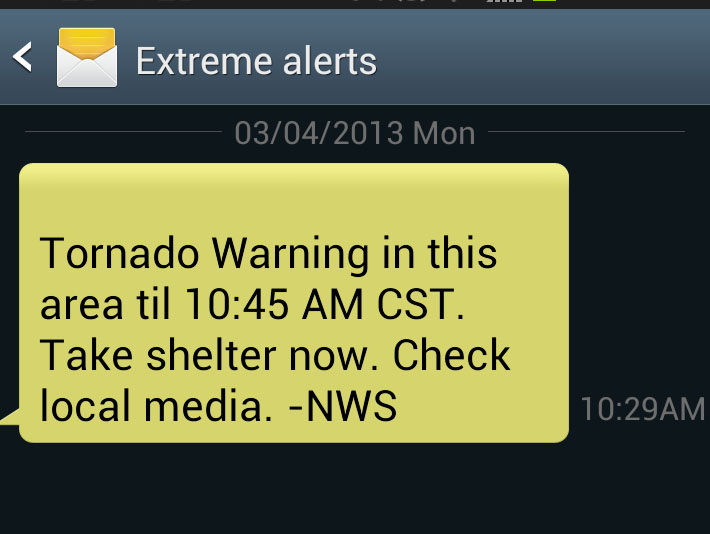 Contrary to what your cell phone might have told you this morning, there was no tornado warning in southeastern Wisconsin.

An accidental alert went out to cell phones and broadcast outlets across the region Monday about a tornado warning being in effect. The message urged people to seek shelter and check local media for more information. Lori Getter with Wisconsin Emergency Management says the message was the result of a mistake made by the National Weather Service. She says it unfortunately didn’t say “test,” which led to some widespread confusion.

Officials with NWS say the wrong code was used when issuing the alert, resulting in it being publicly distributed. The weather agency has apologized for the mistake, which Getter says was actually meant to help prepare for a statewide tornado drill in mid-April.

While this alert was a false alarm, you can expect to see real ones showing up on your cell phones in the future. Getter says most new cell phone models are equipped to receive warnings about approaching severe weather.