You are here: Home / Badgers / Ryan named Big Ten Coach of the Year 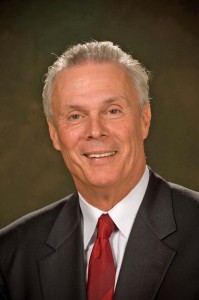 bottom half of the Big Ten.  Fast forward to the end of the Big Ten regular season and not only were those predictions a bit off. Wisconsin’s Bo Ryan has been voted the Big Ten’s Coach of the Year for the 3rd time since taking over at Wisconsin.

The only coaches in league history to win Coach of the Year honors more than Bo Ryan are Purdue’s Gene Keady (seven) and Indiana’s Bob Knight (five).

Ryan’s Badgers have put together 12-straight top-4 finishes in the Big Ten.

Senior Jared Berggren was selected 2nd team All-Big Ten by the coaches and media, as well as an All-Big Ten defensive team honoree.

Ben Brust and Sam Dekker were each honorable mention selections and Dekker was named to the Big Ten’s All-Freshman team.