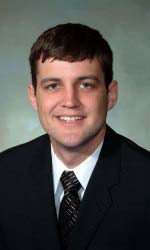 The Milwaukee area school is the top seed heading into the seven-day event, despite a large roster turnover from last season.

Semenas averaged 24 points a game this season and was the Chicagoland Collegiate Athletic Conference Player of the Year.

The Wolves (29-4) will play Northern New Mexico (16-15) in the first round at noon today (Wednesday).  Teams must win 5 games in 7 days to win the NAIA National Championship.

AUDIO: Drew Diener says they have a target on their backs :17

AUDIO: Drew Diener thinks they can win it all again :20