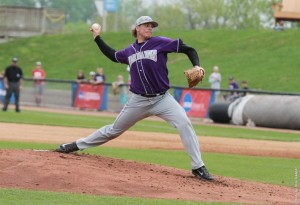 Plaza allowed seven hits, walked two and struck out nine in pitching his fifth complete game of the season.  Plaza was named the World Series Most Outstanding Player, going 2-0 with 16 innings pitched, 10 hits, no earned runs, four walks and 14 strikeouts.

The win gave Whitewater a NCAA men’s championship sweep in 2013-’14 as the Warhawks added to titles in football and men’s basketball.

It’s the second World Series title for John Vodenlich and the Warhawks.  They won the first in 2005.

The Warhawks finished the season with 11 straight wins and 19 of their last 20, on the way to a 44-7 overall record.

Every single UW-W batter collected a hit in the game and the Warhawks had 13 overall.