You are here: Home / Archives for UW-Whitewater

The six-time national champion UW-Whitewater Warhawks got a big defensive stop late to knock off St. John’s of Minnesota 35-32 to advance to the Stagg Bowl for the first time since 2014 and first time under head coach Kevin Bullis.

The seventh-ranked Warhawks (13-1) advance to the title game against No. 5 North Central of Illinois, which advanced with a 45-14 win in the other D-3 National Semifinal over Muhlenberg (Pa.).

St. John’s quarterback Jackson Erdmann completed 29 of 50 passes for 342 yards and a touchdown.

The No. 7 UW-Whitewater Warhawks knocked off No. 2 and defending national champion Mary Hardin-Baylor 26-7 in Belton, Texas on Saturday.  The Warhawks held the Crusaders (12-1) to 140 total yards, including a negative three rushing yards.

The Warhawks (12-1) rushed for 239 yards and owning the time of possession to the tune of 43 minutes.  The Warhawks opening drive covered 17-plays and 79 yards, holding the ball for nearly 11 minutes.

Whitewater will face St. John’s of Minnesota, a 34-33 winner at Wheaton (Illinois), in next Saturday’s national semifinal.

The Warhawks will make their 12th appearance in the national semifinals, all since 2005.

The UW-Whitewater Warhawks scored 31-straight first half points and knocked off Wartburg (Iowa) 41-28 in the NCAA Division III playoffs at Perkins Stadium on Saturday.

The Warhawks improved to 11-1 and advanced to the national quarterfinals for the 13th time in 15 years.  The Warhawks will face top-ranked Mary Hardin-Baylor (Texas) on Saturday.

The two teams met in last seasons national semifinal with Mary Hardin-Baylor pulling out a 31-14 win in Belton, Texas.

Number-12 ranked UW-Whitewater dropped a pair of games in the NCAA baseball regionals, seeing their season come to an end.

The Warhawks had swept the WIAC regular season and tournament championships and was competing in its 12th straight NCAA Tournament and 22nd overall.

The 12th ranked Warhawks (34-10) earned one of 18 at-large bids into the 58-team field and will host a four-team double-elimination regional.  Whitewater opens today at 3 p.m. against North Central College of Illinois (31-11).  Webster University (Missouri) (31-10) and Bethany Lutheran College (Minnesota) (23-16) makes up the other half of the regional.

The Warhawks are in the NCAA Tournament for the 12th straight season, having previously won Division 3 titles in 2005 and 2014.  They have a total of 22 NCAA appearances.

On the men’s side, WIAC Tournament Champion UW-Platteville (18-10) earned the league’s automatic bid, making their 12th NCAA appearance.  The Pioneers will meet Capital University (Ohio) (20-7) in Rock Island, Illinois.  The Pioneers have won four National Championships in 1991, 1995, 1998 and 1999.

WIAC teams UW-Oshkosh and UW-La Crosse both received at-large bids.  Oshkosh (23-3) is the defending national runner-up but missed a chance to host when the Titans were upset in the WIAC Tournament by UW-Stevens Point.  The Titans will meet Midwest Conference champion Lake Forest College (Ill.) (18-9) in a first round game in Collegeville, Minnesota.  The Titans are making their program-record fourth consecutive NCAA appearance and ninth overall.

UW-La Crosse (17-9) will make its second NCAA appearance will face the University of St. Thomas (Minn.) (22-4) in a first round contest in Lincoln, Nebraska.  The other match-up will feature defending national champion Nebraska Wesleyan University (26-1) and Eureka College (Ill.) (13-14).

In the women’s field, WIAC Champion UW-Oshkosh received an automatic berth into the 64-team field.  The Titans (24-3) will make their fifth NCAA appearance in the last six seasons and 15th overall.  The Titans, won the National Title in 1996 and will host first and second round games.  Oshkosh will meet Pomona-Pitzer College of California (22-5) in its opening game. END_OF_DOCUMENT_TOKEN_TO_BE_REPLACED

For the second straight season, Wisconsin will not have any representation in the NCAA Division-3 College World Series.

The 2018 D-3 CWS starts Friday morning at Fox Cities Stadium in Grand Chute.  It’s the 19th and final season for the event in the Fox Cities.

UW-Whitewater’s season came to an end as the Warhawks fell 6-3 to Rhodes (Tennessee) early Sunday and were then beaten 4-1 by Texas-Tyler to be eliminated in the Central Regional in Sauget, Illinois.  The Warhawks had already beaten Texas-Tyler 8-2 on Saturday.

The Warhawks finished the season with a 33-8 record, claiming the schools 5th WIAC regular season title with a 20-4 record.

In Duluth, Minnesota, UW-Oshkosh had two games to win just once, but fell to Concordia-Chicago 7-1 and 3-2, to fall short of the Duluth Regional title.

Top-ranked Whitewater rolled to a 12-1 win over Monmouth (Ill.) at the NCAA Central Regional at GCS Ballpark in Sauget, Illinois on Thursday.

With Thursday’s win, the Warhawks remain in the winners bracket and faces Texas-Tyler on Friday night at 7:45 p.m.

The Oshkosh Titans pulled out a thrilling 4-3 win over Bethel University (Minn.) to open the NCAA Division III Championship on Thursday in Duluth, Minnesota.

Zach Radde singled up the middle to score Sean Cummins with one out in the bottom of the 12th inning to give the Titans the win.

For the 12th straight season, the Wisconsin Intercollegiate Athletic Conference (WIAC) will be represented by multiple teams in the NCAA Division III Baseball Championship after University of Wisconsin-Oshkosh and UW-Whitewater received bids into this year’s championship.

The teams earned two of the 18 at-large spots into the 58-team field.  UW-Oshkosh (31-8) will compete in a regional hosted by College of St. Scholastica in Duluth, Minnesota.  The Titans, who are making their league-leading 25th NCAA appearance, and first since 2008, will open against Bethel University (Minn.) (32-9).  Oshkosh won national titles in 1985 and 1994.

UW-Whitewater (31-6) is making its 11th straight appearance and 21st overall with national championships in 2005 and 2014.  The Warhawks will participate in a regional hosted by the St. Louis Intercollegiate Athletic Conference in Sauget, Illinois.  The Warhawks will face Monmouth College (Illinois) (28-12-2) in their first game.

Both regionals follow a double-elimination format and begin on May 17.  Winners of the eight regional tournaments will qualify for the NCAA D-3 Championship at Fox Cities Stadium in Appleton, May 25-30.

The 2018 Championships mark the final season that the event will be held at Fox Cities Stadium. 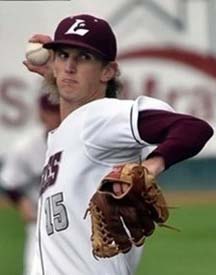