You are here: Home / News / Wisconsin weather heats up 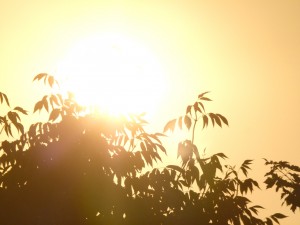 Many parts of Wisconsin will likely see there hottest days of the year so far in the next 24 hours. The National Weather Service says temperatures statewide are expected to heat up over the next day or so.

Tod Pritchard with Wisconsin Emergency Management says that includes a heat advisory that’s in effect for Burnett, Pierce, Polk, and St. Croix counties until nine this evening. Those areas are expected to see highs in the upper 80s and 90s, with a heat index that could climb up to around 100 degrees.

Southern parts of the state could also see similar hot temperatures by tomorrow. Pritchard says it’s a reminder that summer is less than half over, even if the weather has been relatively cool so far this year. He says “this is really that first kind of punch we’re gonna have for the summer, and we want to get folks prepared for that.”

Pritchard says that includes reminding people that they need to drink plenty of water, limit physical activity outdoors, and turn on the air conditioning if they have it at home. He also suggests checking in on elderly neighbors and family members who live alone, to make sure they are staying cool. In addition, Pritchard reminds drivers that cars can turn into a deadly furnace quickly when parked, so avoid leaving children or pets sitting inside them.