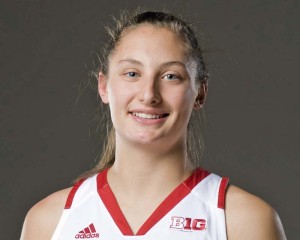 Four Badgers scored in double figures, led by a double-double from senior Jacki Gulczynski with 19 points on 5 of 7 shooting from 3-point range and 11 rebounds.  Junior Nicole Bauman added 18 points for the Badgers, who close out their Big Ten regular season at Penn State on Sunday.