You are here: Home / Badgers / Badgers will have to try again for Big Ten crown 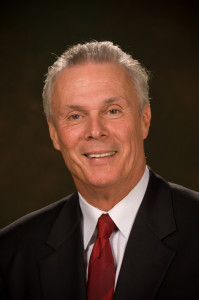 5th-ranked Wisconsin was trying to gain a share of the Big Ten regular-season basketball title, but a poor first half had the Badgers doing nothing but playing catch-up.

Wisconsin scored just 20 points in the first half and a late rally fell short against 14th ranked Maryland.  The Badgers fell to the Terrapins 59-53 in College Park, Maryland.

Wisconsin (25-3, 13-2) saw its 10-game winning streak come to an end, shooting just 30% from the field in the first half and hitting just 1 of 11 from beyond the arc.  The 20 points in the first half is the fewest total in a half for the Badgers this season.

Wisconsin trailed by 11 at halftime but battled back in the second half to eventually draw even at 47-47.  But Maryland finished the final six minutes of the game on a 12-6 run to pull away and win.

Frank Kaminsky scored 18 for Wisconsin and Sam Dekker added 14 to lead the Badgers.

The Badgers return to Madison to face a much improved Michigan State team on senior day at the Kohl Center this Sunday.  With three games left to play, the Badgers can still lock up a share of the Big Ten title with a victory.  Two wins and Wisconsin wins the title outright.

AUDIO: Asst. Lamont Paris said the second half was better :19