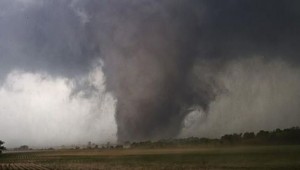 This is Tornado and Severe Weather Awareness Week in Wisconsin. The number one mistake people make when severe weather warnings are issued is to try to learn more before seeking shelter. “The National Weather Service did a study right after the Joplin, Missouri tornado, which killed 159 people, and that’s exactly what they found,” said Tod Pritchard with Wisconsin Emergency Management. “Have a plan, and act quickly when there’s danger. For example, if a tornado warning is issued that means a tornado is on the ground in that area. You need to take action immediately by seeking the best shelter you can.”

Mere seconds can make a life-or-death difference, and Pritchard said having a weather radio can be indispensable. “A weather radio is so easy to set up, they’re so inexpensive, but it gives you instantaneous information directly from the National Weather Service. Weather radios save lives.” A statewide Mock Tornado Watch and Warning is scheduled for Thursday afternoon.

Meanwhile, debris from last Thursday’s EF-4 tornado in northern Illinois is being found in parts of Southeast Wisconsin, more than 100 miles away. Items including a canceled check, an old real estate document, and a lot of photographs that have shown up in the last several days in different parts of Kenosha and Racine Counties. Those items traveled that distance with the same storm system that swept through the community of Fairdale Illinois, killing two people, before the system weakened as it met colder air at the Wisconsin border.

People finding various items, especially pictures, have been contacting local newspapers about getting them returned. They’ve been put online, in the hope of reuniting past memories, and maybe softening the blow of the recent past for those Illinois tornado victims.