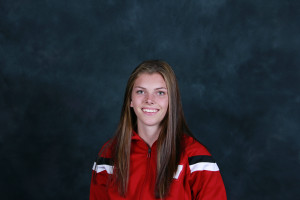 It marks the second-straight week a Badger has received the award as Clark’s linemate, Annie Pankowski, was named the Player of the week last week.

Clark scored four goals while tallying three assists for the Badgers during their sweep of Ohio State at LaBahn Arena on Oct. 10-11.

On Saturday, Clark collected a pair of goals and assists as the Badgers blanked the Buckeyes, 7-0.  Clark scored 30 seconds into Sunday’s game and added a highlight-reel goal in the third period and chipped in an assist in Wisconsin’s 8-0 win.

Clark is currently second on the team with five goals, while her +10 plus/minus rating and her eight points are tied for second on the Badgers.

The second-ranked Badgers head north to face St. Cloud State in a two game series that starts on Friday afternoon.