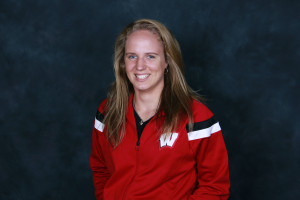 The Badgers (8-4-3, 5-1-1 Big Ten) needed only two saves from their sophomore goaltender Caitlyn Clem as she recorded her sixth-straight shutout and seventh of the season overall.

Clem and the Wisconsin defense have not conceded a goal over the last 569 minutes and 22 seconds.

The Wisconsin women’s hockey team improved to 4-o on the season and 2-0 in the W-C-H-A, blanking the Ohio State Buckeyes 8-0 at LaBahn Arena in Madison.

The Badgers put 61 shots on goal, which ranks seventh in program history.