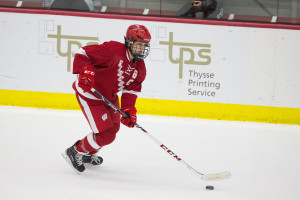 Courtney Burke scored a first period goal and added four assists for the Badgers, becoming the third Badger forward to reach 100 points in her career.

The Badgers close out the regular season with a two-game series at Minnesota this weekend against the Gophers.