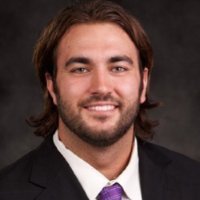 Vanderlin was a four-year starter at Michigan Tech and finished his career with the second-most sacks in school history.

Following his collegiate career, Vanderlin participated in Rookie Orientation Camps with the Kansas City Chiefs and Green Bay Packers, and was signed to the Packers’ practice squad in 2013.