You are here: Home / Sports / Bucks fall to Pacers in season finale (AUDIO) 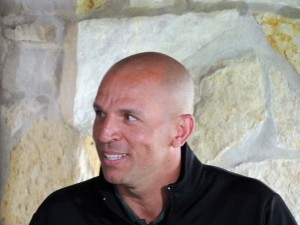 The Milwaukee Bucks disappointing season came to an end on Wednesday night, falling to the Indiana Pacers 97-92 at the BMO Harris Bradley Center.

The Pacers, who had already locked up the 7th seed in the upcoming Eastern Conference playoffs, rested their starters.  So it was the Pacers’ reserves who jumped out to a big lead and then held on for the win.

Solomon Hill scored a season-high 25 points and hit seven of eleven three-pointers.  Lavoy Allen and Glenn Robinson III each added 14 points for the Packers, who finished the regular season with a 45-37 record.

AUDIO: Jason Kidd on his reserves getting numbers :20

The Bucks ended the season with a 33-49 record, winning eight fewer games then a year ago, which is a year the Bucks made the playoffs.  This time, the Bucks will be headed back into the NBA Draft lottery.  They finished tied for the eighth-worst record in the NBA.  Their spot in the lottery will be determined later this week with a random draw breaking the tie.