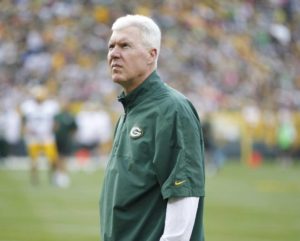 Green Bay Packers general manager Ted Thompson, head coach Mike McCarthy and the rest of the Packers personnel department are in Indianapolis for today’s start of the NFL Scouting Combine.

Thompson, who is getting ready for his 13th season in Green Bay, has been very limited in the amount of free agent acquisition’s he’s made.  Not much is expected to change as free agency gets underway next week.

When Thompson has turned to free agency, things have worked out well.  But Thompson has shown that he won’t overspend and generally does his spending after the other NFL teams are done throwing their money around.

The Packers need help at cornerback, running back and inside linebacker.  If they lose outside linebacker Nick Perry in free agency and decide not to resign Julius Peppers, then outside linebacker could be an area of need as well.  It means Thompson and his staff will be keeping a close eye on the college talent at those positions during the combine, which runs through Monday.

Thompson and coach Mike McCarthy both have news conferences set for today.  Thompson leads off at 10 a.m. and McCarthy meets with reporters at noon.

Six Wisconsin Badgers are scheduled to be at the Scouting Combine this week, led by offensive tackle Ryan Ramczyk, who could be the first offensive lineman selected in the draft.

Ramczyk will be joined by OLB T.J. Watt, who has been compared to Packers outside linebacker Clay Matthews.  LB Vince Biegel, RB’s Corey Clement and Dare Ogunbowale and CB Sojourn Shelton close out the Wisconsin contingent.