You are here: Home / News / Kaul calls for end of Gableman elections probe 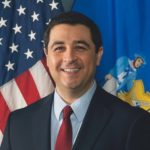 “I agree with Senator Bernier, I think that this investigation should be shut down as quickly as possible.” Kaul said.

Kaul said the Gableman probe is premised on the “big lie” that the election was somehow stolen. “We’ve got to push back on these allegations and tell the truth about what happened. I hope we hear that from other Republicans as well.” During a weekend campaign event with Republican candidate for governor Rebecca Kleefisch in Beloit, Gableman asked for support to keep his partisan effort going.

And, in an interview with the Associated Press, Vos said the partisan probe will go longer and cost more. “My goal always was to conclude the investigation by the end of the year,” Vos told the AP. “I never in my wildest dreams predicted the level that Democrats would go to try to block and throw up roadblocks to everything that we’re doing.”