You are here: Home / Archives for Morgan Zulinick 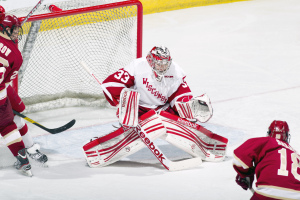 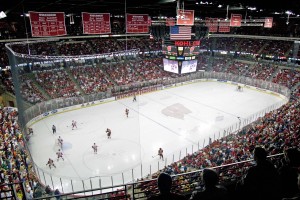 The Nittany Lions controlled the game from the start, recording nine shots before Wisconsin even put its first puck on net 10 minutes into the game.  Penn State finished with a 40-24 shot advantage.

Wisconsin got goals from Morgan Zulinick and Tim Davison in the loss.  Joel Rumpel finished with 35 saves in-goal.

The series finale is set for 8pm tonight.

The  3rd-ranked Wisconsin Badgers extended their unbeaten streak to 11 games last night.  The Badgers (16-2-1, 12-2-1-0 WCHA) pulled out a
2-1 win over North Dakota in overtime at LaBahn Arena in Madison.  Sarah Nurse scored the game winner.

The two teams wrap up the two-game series Sunday afternoon.