You are here: Home / Badgers / Basketball Badgers are talking defense

The Wisconsin Badgers, with their team right in the middle of exam week, 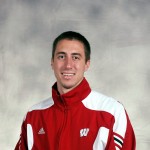 showed that their defense is a constant.  The Badgers cruised to a 66-33 victory over Savannah State at the Kohl Center.

Savannah State became the 4th team this season to score 33 points or fewer against Wisconsin.

AUDIO: Guard Josh Gasser on holding another team to 33 pts or less :19

The Tigers came into the game averaging 61.3 points per game.  But they shot just 32% from the field for the game, their second-worst performance of the season.

The Badgers (10-2) got 13 points from big man Jared Berggren and 12 points from Ryan Evans and Jordan Taylor.

About the only sore spot for the Badgers came in rebounding.  Savannah State collected 12 offensive rebounds which is something Wisconsin must improve on.  But overall, their defensive effort was constant.

The Badgers are off now until December 23rd against Mississippi Valley State.