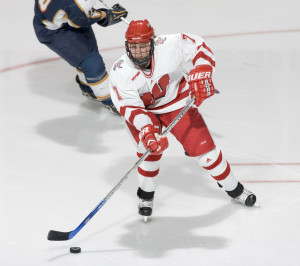 Highlighting the nonconference portion of the schedule is a trip to Vail, Colorado, where the Badgers will face Northeastern University and Boston University on November 15-16.

Wisconsin open’s the 2013-14 season with an exhibition tilt against the Japanese Olympic Team on Sept. 24, at LaBahn Arena.  Japan will make its second-ever appearance in the Winter Olympics in 2014 and are assisted by former Badgers Carla MacLeod.

The regular season kicks off the weekend of October 4-6, when Wisconsin welcomes Minnesota State to LaBahn Arena for a two-game series.

The first road test for the Badgers will be a trip up north to rival Minnesota on Oct. 11-12.  The Golden Gophers have captured back-to-back NCAA titles and have won 49 straight games.