You are here: Home / Packers / Franklin’s fumble is the final blunder for the Packers 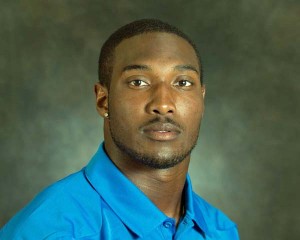 The Bengals then finished things off when Michael Johnson batted down Aaron Rodgers’ fourth down pass at the Cincinnati 20-yard line with 1:21 left to play and they ran out the clock.

While Mike McCarthy has won 65% of his games as the Packers head coach, he hasn’t been good in close games.  When games are decided by four points or less, McCarthy’s teams are 9-20, counting playoff games.  Of his two quarterbacks, Rodgers is 6-18.  Brett Favre was 3-2.  According to coldhardfootballfacts.com, Rodgers is now 3-19 in games when the Packers trailed by 1 to 8 points in the fourth quarter and had at least one possession.

The Packers suffered some key injuries during the game and it hurt them.  Tight end Jermichael Finley left the game early with a concussion.  Running back James Starks left with a knee injury and linebacker Clay Matthews, who forced a pair of fumbles and had a sack, left with a hamstring injury.

Cincinnati’s second touchdown of the game came when Jeremy Ross mishandled the kickoff and the Bengals recovered.

Andy Dalton finished 20 of 28 for 235 yards, 2 touchdowns, 1 interception and a fumble for the Bengals.  M.D. Jennings returned the fumble 24 yards for a touchdown.

The last time a team won a game after giving up 30 straight points was Sept. 12, 1999, when Dallas rallied to beat Washington 41-35 in overtime.

Green Bay rookie Johnathan Franklin rushed for 103 yards and a touchdown, giving the Packers back-to-back games with a 100-yard rusher.

The Packers get their earliest bye week in the Mike McCarthy ERA.  They’ll take this week off, then return to host the Lions on October 6th at Lambeau Field.