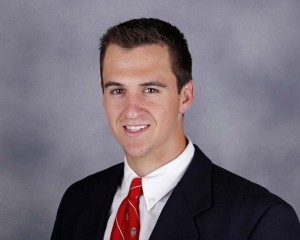 Joel Rumpel was spectacular for the second night in-a-row, stopping 28 of 29 Minnesota shots to record the win.  The Gophers 2-goals in the series is a season low.

Nic Kerdiles, in his first series back on the ice since suffering an injury on Jan. 4, put the Badgers ahead for good with 15:27 left in the game.  The sophomore took a feed from Grant Besse inside the blue line and beat Minnesota goalie Adam Wilcox from straight-on to put the Badgers up for good.

The win clinched a home sweep of the Gophers, and was Wisconsin’s first sweep of a No. 1 team in exactly 10 years.  It was also the 15th Kohl Center win of the year for UW, which is just one win short of the Kohl Center record 16 set in the 1999-2000 season.  The goal also gave UW a home series sweep of the Gophers for the first time since 1999 in front of a Kohl Center-record 15,359 fans in a sold out facility.

The Badgers hit the road next weekend, playing the first of two at Ohio State on Friday night.