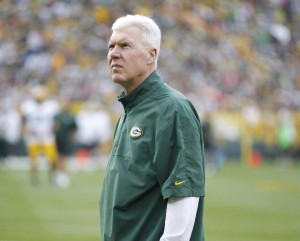 Trying to fill the need at defensive back after losing Tramon Williams and Davon House in free agency, the Green Bay Packers used back-to-back draft selections on that position.

After picking Arizona State’s Damarious Randall with the 30th pick in round 1 on Thursday, General Manager Ted Thompson selected Quinten Rollins of Miami (Ohio) with their second round pick.

Randall played safety in college, but the Packers will try to turn him into a corner.

The two combined, have played three years of college football.  Randall played baseball as well and Rollins played four years of college basketball before using his fifth year of eligibility on football.  Yet despite just one season in football, Rollins was named the MAC Player-of-the-Year.

The Packers certainly fell in love with Rollins athletic ability and his seven interceptions in his only season playing college football.

The Packers used their third-round selection (No. 94) on wide receiver Ty Montgomery of Stanford.  Montgomery is one of the top kick returners in the draft, which is a big area of need for the Packers.

One area the Packers didn’t get anything done yet is at inside linebacker.  General Manager Ted Thompson said he’s confident they’ll be able to find someone who can help there.

The Packers were so thin last season, they had to move Clay Matthews to the middle on early downs.  If Thompson can’t address the position adequately, Mathews may be stuck playing in the middle again this coming season.

The Packers still have six more selections to make on the final day of the draft today.  They have single picks in the 4th, 5th and 7th rounds.  They’ll have three selections in round 6.

The Packers entered the draft with seven of their own selections, plus two compensatory picks.