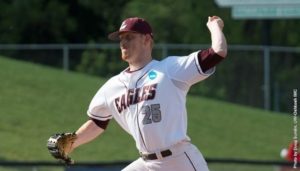 The 4th ranked UW-La Crosse baseball team remains alive for at least one more day at the NCAA Division 3 College World Series at Fox Cities Stadium.  Their WIAC counterpart, UW-Whitewater lost their first two games and has been eliminated from the double elimination tournament.

The Eagles responded from a 8-0 shutout loss in game one to Trinity with a 12-3 win over Emory University in an elimination game at Fox Cities Stadium.

The Eagles broke the game open with a seven-run fourth inning to go up 9-3 and cruise to their 39th victory (39-9) of the season.  They finished with 18 hits for the game.

La Crosse will play next at 4:30 this afternoon against the loser of the game between the State University of New York Cortland and Trinity University.

Taylor Kohlwey’s bunt single in the third extended his hitting streak to 51 games. 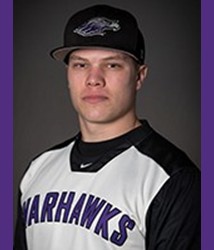 The UW-Whitewater Warhawks lost both of their games on Saturday and were eliminated from the D-3 College World Series.

The Warhawks lost their opener to La Roche 5-3 in their first game.  They dropped their elimination game, the final game of the evening to St. John Fisher College of New York 4-3.

In the finale, the two teams were tied 3-3 after two innings.  St. John Fisher didn’t score the game winner until the bottom of the 9th.  The Cardinals hit a chopper with the bases loaded and one out, ending the game.

Sophomore pitcher Lake Bachar took the loss, allowing just one earned run on seven hits while striking out nine over eight-plus innings of work.  He finished his season with an 8-6 record.

The NCAA D-3 College World Series is being hosted by UW-Oshkosh and Lawrence University.