You are here: Home / Archives for Connie Tilley

St. Norbert College has named Amanda Leonhard-Perry as its next women’s basketball coach on Thursday.

Leonhard-Perry has spent the last 11 seasons as an assistant coach at the highly successful NCAA Division I program at UW-Green Bay.  She has helped the Phoenix to 10 regular-season Horizon League titles, eight conference tournament championships, nine NCAA Tournament appearances and two trips to the WNIT.  During those 11 seasons, Green Bay went 333-62, with a winning percentage of .843.

Leonhard-Perry succeeds Connie Tilley, who is retiring after 42 years at the helm of the women’s basketball program.

Leonhard-Perry played at Green Bay, as part of the teams that finished 86-35 and played in three NCAA END_OF_DOCUMENT_TOKEN_TO_BE_REPLACED 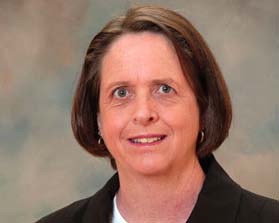 A win tonight would keep the Knights (11-3, 8-1 MWC) in first place in the conference standings by themselves.

Tilley has coached at St. Norbert College for 37 years, making her the third longest-tenured coach at a single school in NCAA history.  With her next win, Tilley will be the 13th coach in NCAA Division III women’s basketball history to reach 600 wins.

In the win, coach Connie Tilley earned her 900th coaching victory at the school, 571 in basketball, 199 in softball and 130 in volleyball, in 35 years of coaching at St. Norbert College.