You are here: Home / Archives for Dave Robinson

Green Bay Packer great Dave Robinson will be enshrined in the Pro Football Hall of Fame Saturday in Canton, Ohio. 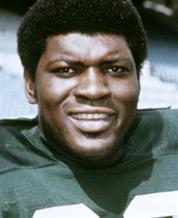 Robinson played linebacker with the Green Bay Packers from 1963-1972. He was a 3-time NFL Champion and 3-time Pro Bowler while playing under legendary coach Vince Lombradi. For Robinson, the timing of his induction is extra special…

AUDIO: Dave Robinson on the timing :11

END_OF_DOCUMENT_TOKEN_TO_BE_REPLACED 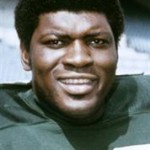 At 71 years of age, there’s a great sense of relief. He was all-NFL three times, a three-time pro bowler  who had 27 career interceptions and was named to the NFL’s all-decade team of the 1960’s. END_OF_DOCUMENT_TOKEN_TO_BE_REPLACED

The Pro Football Hall of Fame announced its 15 finalists today. 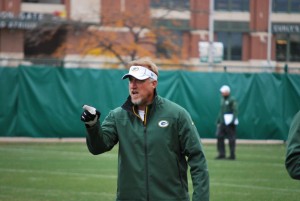 Among the group is Green Bay Packers outside linebackers coach Kevin Greene who finished a 15-year playing career (1985-99) ranked third all-time in sacks and first among linebackers with 160.

Greene is a five-time Pro Bowler and two-time first-team All-Pro selection (’94, ’96), leading the league in sacks both of those years.

Greene is entering his fourth season with the Packers in 2012 as outside linebackers coach, his first full-time NFL coaching job.

The group will be whittled to no more than five inductees the day before the Super Bowl.