You are here: Home / Archives for Joe Ciriacks 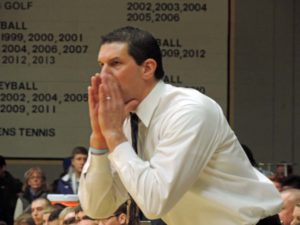 When division one basketball teams schedule division three teams in an exhibition, it’s supposed to be a rather lopsided contest.  Such was not the case in Green Bay on Monday night when the Green Bay Phoenix beat St. Norbert College 79-72 to open exhibition play.

The Green Knights led on multiple occasions in the first half before the Phoenix closed out the frame with a 42-31 lead.  Green Bay kept the margin at double-digits for much of the second half before going cold down the stretch.  The Phoenix went the final 6:11 of the game without a field goal to draw closer in the end.

Five players finished in double figures for the Phoenix, led by 16 points each from Kam Hankerson and Trevian Bell. END_OF_DOCUMENT_TOKEN_TO_BE_REPLACED