You are here: Home / Archives for Madison

UW Men’s Hockey Coach Mike Eaves is disappointed, but acknowledges it is difficult for people to contribute during the down economy.

The new building would serve as a competition and practice facility for the women’s hockey team and a practice area for the men’s team. Included as well would be locker and team rooms for the hockey and swimming programs.

Construction was to begin this spring, with a completion date of 2012.

No UW Music School. Mobilize at BrothersBar.com. The words are hard to miss on a building-sized banner hung from the side of a downtown Madison tavern. The University of Wisconsin wants to take the land the bar sits on, at the corner of University Avenue and Lake Street, for a new music school.

The UW is employing emanant domain to obtain the property for the $43 million dollar project, but the bar owners have filed suit to stop that. A trial is set for April.

A deal settles a Madison sexual harassment suit. The City of Madison has reached a settlement with a former employee of the Overture Center for the Performing Arts. Monica Everson says she was groped and fondled up to 500 times by former Overture director Bob D’ Angelo. The settlement, which was made public Wednesday, awards Everson $90,000 in damages and her lawyers $145,000 to cover their fees and costs. In addition, Everson will resign from the city, which denies her allegations. She had been on disability layoff.

The Dane County Coronor’s Office has identified the bodies of two women found deceased at an apartment complex on Madison’s east side on New Year’s Day.

Autopsies found no physical injuries or trauma on the bodies of 46 year-old Tammy K. Kail and 46 year-old Shelley J Nelson. Toxicology tests are pending. The case remains under investigation by the Madison Police Department and the Dane County Coroner’s Office.

Police have indicated that Kail and Nelson families are related by marraige, and that there is a history of substance abuse.

One person is dead, after falling through the ice on Madison’s Lake Monona.

It happened near a boat launch on the lake just before four on Tuesday afternoon.  Authorities say the man was ice sailing and fell through the thin ice, into open water.

Cold water rescue teams were called in, but the victim was in the water for well over a half hour before being pulled out. He was pronounced dead about two hours later at UW Hospital after resuscitation efforts failed.

The name of the victim has not yet been released.

Madison’s mayor found himself on the short end of a city council vote early this morning. A proposal to redevelop Madison’s historic Edgewater Hotel was been voted down by the city council. Mayor Dave Cieslewicz says it appears the debate is over. “I assume this is probabley the end of the road,” said Cieslewicz. “We don’t for a fact, that’s up to (developer Robert) Dunn, but for the Edgwater, I’m assuming right now that it is dead.”  END_OF_DOCUMENT_TOKEN_TO_BE_REPLACED 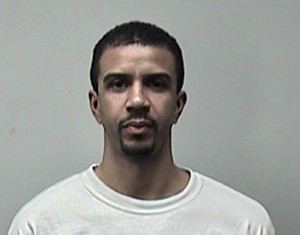 An intensive manhunt is underway for the suspect in four murders in the Madison-area, where police have issued an All Points Bulletin for 38 year-old Tyrone Adair.

Adair could be driving a silver GMC Acadia crossover SUV with Wisconsin license plate 342-EBL. “He should be considered armed and dangerous,” says DeSpain. “If you see him, if you see this vehicle, call 911 immediately.” END_OF_DOCUMENT_TOKEN_TO_BE_REPLACED