You are here: Home / Archives for Charlie Danielson

The 23-year-old Niebrugge will be making his U.S. Open debut, but he does have some major experience.  Niebrugge tied for sixth place at the 2015 British Open as an amateur and also played in the 2014 Masters.  Niebrugge also won a qualifier for the U.S. Amateur Public Links Championship at Erin Hills in 2013 and ended up capturing the title. END_OF_DOCUMENT_TOKEN_TO_BE_REPLACED 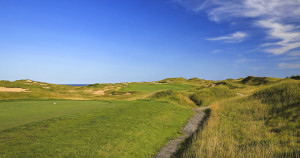