You are here: Home / Archives for Steve Stricker Madison’s Steve Stricker won the Bridgestone Seniors Players Championship at Firestone in Akron, Ohio on Sunday.  Stricker captured his third major title and earned his second victory of the season.

The win for Stricker earned him a spot in the Players Championship at the TPC Sawgrass next March.  He earned $450,000 for the victory.

Alex Cejka has already claimed a major title, winning the Regions Tradition in a playoff with Stricker after getting into the field as an alternate. END_OF_DOCUMENT_TOKEN_TO_BE_REPLACED

This year’s purse will total $2.4 million, the largest among non-major events on the PGA Tour Champions circuit. END_OF_DOCUMENT_TOKEN_TO_BE_REPLACED

Stricker, who won the Regions Tradition the last time it was held in 2019, a month after winning the U.S. Senior Open, had a three stroke lead in the final round Sunday.  But Alex Cejka rallied to take the lead before Stricker came to 18 needing to make a putt to force a playoff, which he did.

But Stricker went on to miss an 8-footer for birdie on the first playoff hole and Cejka won the Regions Tradition after making the field as first alternate when Jay Haas withdrew on Monday.

By winning Sunday, Cejka earns an exemption for the next two seasons. The 2023 U.S. Senior Open will be the 17th USGA championship held in Wisconsin.  In 2022, Erin Hills, in Erin, and Blue Mound Golf & Country Club in Wauwatosa, will host the U.S. Mid-Amateur Championship from Sept. 10-15. END_OF_DOCUMENT_TOKEN_TO_BE_REPLACED

As captain of the U.S. Ryder Cup team, Madison’s Steve Stricker plans to play some PGA Tour events this year.  He’ll have six captains picks to fill out the 12-player roster and wants to keep a close-eye on the candidates.

This week, Stricker did more than keep an eye on some of his players, he nearly beat them all, finishing in a tie for fourth at the Waste Management Open.  The 53-year-old shot a 17-under par 267, just two shots behind champion Brooks Koepka, who he just happened to be playing with in the final round.

Just for keeping an eye on his players, Stricker takes home $307,208.33 in earnings.  Not a bad weeks work for Stricker. 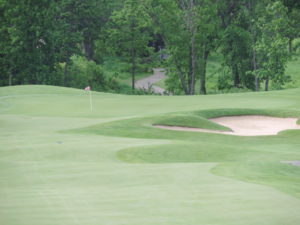 Madison’s Steve Stricker and Jerry Kelly are tied with three others for the lead after the first round of the Bridgestone Senior Players Championship in Akron, Ohio.

Stricker birdied the final hole for a 2-under 68, joining Kelly, Miguel Angel Jimenez, Wes Short Jr. and Rod Pampling atop the leaderboard.

All five leaders, along with Paul Broadhurst (1-under 69), are the only golfers to break par.