You are here: Home / Archives for D.J. DeValk 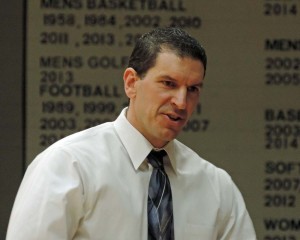 St. Norbert College men’s basketball coach Gary Grzesk has been named the Midwest Conference Coach of the Year for the fourth consecutive season, becoming the first coach in league history to accomplish the feat.  It is Grzesk’s fifth overall MWC Coach of the Year award.

St. Norbert College enters the MWC Tournament 21-2 overall and ranked No. 8 in the D3hoops.com Top 25.  They finished the regular season unbeaten in MWC play at 18-0 for the third straight year.  St. Norbert has won 62 consecutive games against Midwest Conference opponents.

DeValk was a first-team All-MWC selection while Garner was named to the second-team.

DeValk, from Little Chute, is averaging 15.3 points a game and has made a team-high 50 three-point field goals.  He is shooting 85.7-percent from the free-throw line.  DeValk’s assist-to-turnover ratio of 3.08 is currently 13th-best in NCAA Division III.

Garner, from Oak Creek, is averaging 10.9 points a game as well as a team-high 6.4 rebounds and 4.0 assists per game.  Garner is shooting 53.7-percent from the floor this season.

Ben Bobinsky had 17 points and D.J. DeValk added 16 to lead the Green Knights.

The St. Norbert College Green Knights ran their Midwest Conference win streak to 48 games with a 64-61 win over Lake Forest on Tuesday night in De Pere.

Terrence Garner’s layup with 1:32 left gave the Green Knight’s the lead for good.

The Green Knight women won the second half of the double-header on Tuesday night, downing Lake Forest 58-39.

Briana Byrne led the Green Knights (5-2) with 19 points.  St. Norbert improved to 4-0 in the Midwest Conference. 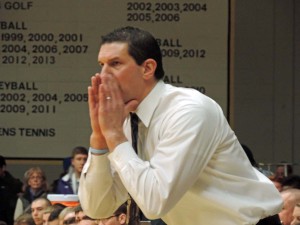 Ripon chipped into that lead and had a last shot to win, but Koy Brecklin’s three pointer at the buzzer was off the mark, sending The Red hawks to their second loss (2-2, 1-1 MWC) of the season. END_OF_DOCUMENT_TOKEN_TO_BE_REPLACED