You are here: Home / Archives for Devante Gardner 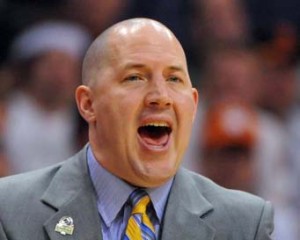 The win is Marquette’s fifth in their last six games.  Davante Gardner scored 26 points and Jake Thomas added a career-high 22 points in the victory.

AUDIO: Buzz Williams is a big fan of Jake Thomas :18

It’s a tough loss for the Hoyas, who are also in a battle for a spot in the NCAA post-season.  They fell for the 3rd time in the last four games.  Georgetown hit just 7 of 26 from the field in the second half.

Marquette has three games left in the regular season, starting with a trip to Villanova on Sunday.

Xavier out-rebounded Marquette 2-1 on the boards last night and knocked off the Golden Eagles 86-79 in Big East action.

The Golden Eagles entered the game first in the league in rebounding margin but got outrebounded 39-20.

Semaj Christon poured in a game high 28 points to lead the Musketeers to their 13th win of the season and a 3-0 start in Big East play.  Christon hit 8 of 10 from the field, including a pair of big three-pointers in the final four minutes.

Davante Gardner had 19 points and Jake Thomas added 17 for the Golden Eagles.

Marquette struggled to stop Xavier inside and on the boards.  Xavier scored 20 points in the paint in the first half alone.

Marquette was picked to win the Big East in a preseason poll, but they’re just 1-2 in league play following the loss.  The Golden Eagles return to the Bradley Center to host Seton Hall on Saturday.

A preseason coaches poll has the Buzz Williams’ Marquette Golden Eagles favored to win the Big East Conference this season.

The Golden Eagles shared the conference title last season.  Georgetown was picked to finish second and newcomer Creighton is third.

The 25th ranked Golden Eagles (15-4, 6-1 Big East) moved into a first place tie with Syracuse atop the Big East Conference.  The win is the 21st straight at home for Marquette.

The Golden Eagles did lose big man Davante Gardner midway through the second half after he was hit with a Flagrant-2 foul.  Gardner could be suspended for Sunday’s game at No. 12 Louisville.  Big East officials will review the tape before reaching a final determination.