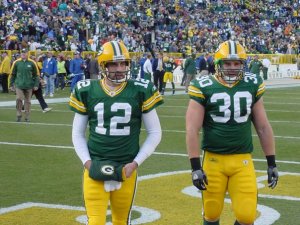 The 32-year-old Wolf is the son of former Packers general manager Ron Wolf.  He joined the Packers in February of 2004.

Wolf has been in charge of scouting players in the NFL and other pro leagues, but had also mixed in college scouting trips and took an active role in the draft.

The Packers returned to the practice on Friday but quarterback Aaron Rodgers didn’t take part.  Packers coach Mike McCarthy said Rodgers may not practice until at least Thursday, resting that sore left calf.

:AUDIO: Aaron Rodgers said not to worry about him not practicing :06

Rodgers said his injured calf is progressing slowly.  He strained his left calf late in the first half Sunday against Detroit but returned and played most of the second half.