You are here: Home / Archives for Mitch Haniger

Parra is hitting .259 with six home runs and 30 RBI in 104 games this season.  He has made 98 starts.  Parra had spent his entire professional career in the Diamondbacks organization.  He is a career .274 hitter.

Parra is an outstanding defender, winning gold gloves in left field in 2011 and right field in 2013.  Entering today, his 62 outfield assists since 2009 were tied for second with two others in the Major Leagues, trailing only the Blue Jays’ Jose Bautista (63).

To make room on the roster, the Brewers sent outfielder Logan Schafer to Triple-A Nashville. 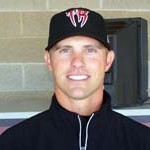 The Timber Rattlers will return just six players from last year’s championship team, most of them weren’t starting position players.  The only player who somewhat qualifies is center fielder and 2012 1st round draft pick Mitch Haniger.  Haniger played in 14 games last season before suffering a season-ending knee injury. END_OF_DOCUMENT_TOKEN_TO_BE_REPLACED

player available with their top three picks in the Major League Baseball Amateur Draft on Monday.  But after loading up with pitching in recent drafts, it was time to load up on offense in the early rounds and the Brewers grabbed three sluggers on the first day of the draft.

With the number 27 pick, the Brewers selected catcher Clint Coulter of Union High School in Camas, Washington, and outfielder Victor Roache out of Georgia Southern.  The Brewers also had a supplemental pick at #38 for losing Prince Fielder to the Tigers.  They selected Cal Poly San Luis Obispo outfielder Mitch Haniger. END_OF_DOCUMENT_TOKEN_TO_BE_REPLACED